How are Bill Clinton’s Affairs Relevant? 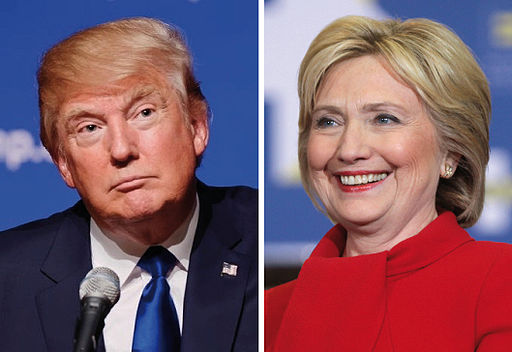 With Donald Trump threatening to bring up Bill Clinton’s extramarital affairs in his next presidential debate with Hillary Clinton, we’re sensibly asking why he’d even go there. How is it relevant?

In the interests of fairness, let’s take a couple minutes to examine the subject. (Make sure to place the half of your brain into neutral that’s screaming about Trump’s supreme hypocrisy. Why yes, he did cheat on his first wife. Why yes, he’s been accused multiple times of sexual assault, even child rape.)

If I understand correctly, the critique of Hillary’s behavior falls along two main themes.

First, Hillary supposedly wanted to cover up these affairs because they threatened her political career. Linda Tripp, former White House aide and Monica Lewinsky confidant, alleged Bill had “thousands” of affairs. She said Hillary “is someone who had no real personal problem with any of this behavior. The problem was in it becoming public. They had to continue to become electable… She was the more aggressive one in ensuring that the political viability was not endangered in any way.” Buying into this line of reasoning, of course, requires forgetting that Tripp, in saying these things, continues to have a compelling self-preservationist motive of her own.

Second, this critique states, Hillary’s public support of her husband and initial dismissal of the sexual misconduct allegations violated her own feminist positions. She should have immediately smelled Bill’s bullshit, some have said. She should have stood up for women like Monica Lewinsky who’d been victimized by Bill’s abuse of his position. This is the criticism that most resonates with millennial women.

Here’s what I think. I don’t have the necessary psychic retro-cognitive omniscience to prove or disprove these allegations, and neither does anyone else. But since we’re in the spirit of speculation, I would like to raise a couple other possible explanations for her behavior.

The first is, as the aggrieved spouse, she may have been in psychologically self-protective denial for years. Maybe it was too painful for her to face the truth, so she did her best to malign any woman who accused her husband of misconduct. She desperately needed these women to be attention-seeking liars, because to admit otherwise meant admitting Bill had cheated on her. I know, from having ridden shotgun through others’ divorces, that one of the worst things a cheated-on wife must face is self-doubt: “Did I drive him to this because I’m not beautiful/intelligent/supportive/what-have-you enough?” If this explanation is true, it’s not a ringing endorsement of Hillary’s emotional toughness, but it’s definitely human, understandable, and forgivable.

Secondly, what if, as a loving wife, she simply believed her husband’s inevitable denials? Sure, Bill had a few affairs in the past (she might have thought), but this time, these accusers are only seeking attention.

And third, perhaps Hillary just bought into the increasingly rare American myth of the good marriage, that spouses stick by each other through thick and thin. She said as much during a 1999 interview in the LA Times. “Everybody has some dysfunction in their families,” she said. “They have to deal with it. You don’t walk away if you love someone. You help the person.”

Personally, the explanation I most identify with is anger. Yes, Monica Lewinsky was exploited by her boss, one of the most powerful people in the world. But no paramour is blameless. Monica was an adult who knowingly had an affair with a married man. So was Gennifer Flowers. An extramarital affair is an act of violence against the aggrieved spouse and any affected children. I wouldn’t blame Hillary one bit for being furious with these women at the same time as she was furious at Bill. For her to instantly walk out of her marriage to defend Monica Lewinsky — in the interests of feminism, no less — is simply ridiculous. If she’d done that, then she really would have been a political opportunist.

I cannot reasonably hold Hillary accountable for her husband’s behavior. Sure, in her shoes, I would have dumped his ass years ago, but she comes from a generation that believes in walking through hell for the sake of a marriage, even a rocky one, especially if that marriage produced children.

Bill Clinton, not Hillary Clinton, is responsible for his behavior. Let’s not lose sight of that truth as Mr. Drumpf attempts to twist it to his self-serving ends.