Last night, I rewatched Gladiator (2000), starring Russell Crowe, and heard a number of lines I thought apropos to current events. I’m copying them over from Screenplays for You without further comment:

COMMODUS: But these senators, they scheme and squabble and flatter and deceive.

LUCILLA: They care about the greatness of Rome.

COMMODUS: Greatness of Rome? But what is that?

LUCILLA: It’s an idea, greatness. Greatness is a vision.

GAIUS: Will the people really be seduced by that?

GRACCHUS: I think he knows what Rome is. Rome is the mob. He will conjure magic for them and they will be distracted. He will take away their freedom, and still they will roar. The beating heart of Rome is not the marble floor of the Senate; it is the sand of the Colosseum. He will give them death, and they will love him for it.

PROXIMO: He knows too well how to manipulate a mob.

MAXIMUS: The time for honoring yourself will soon be at an end, Highness.

MAXIMUS: Time for half measures and talk is over.

COMMODUS: Now the people want to know how the story ends.

MAXIMUS: There was once a dream that was Rome; it shall be realized. 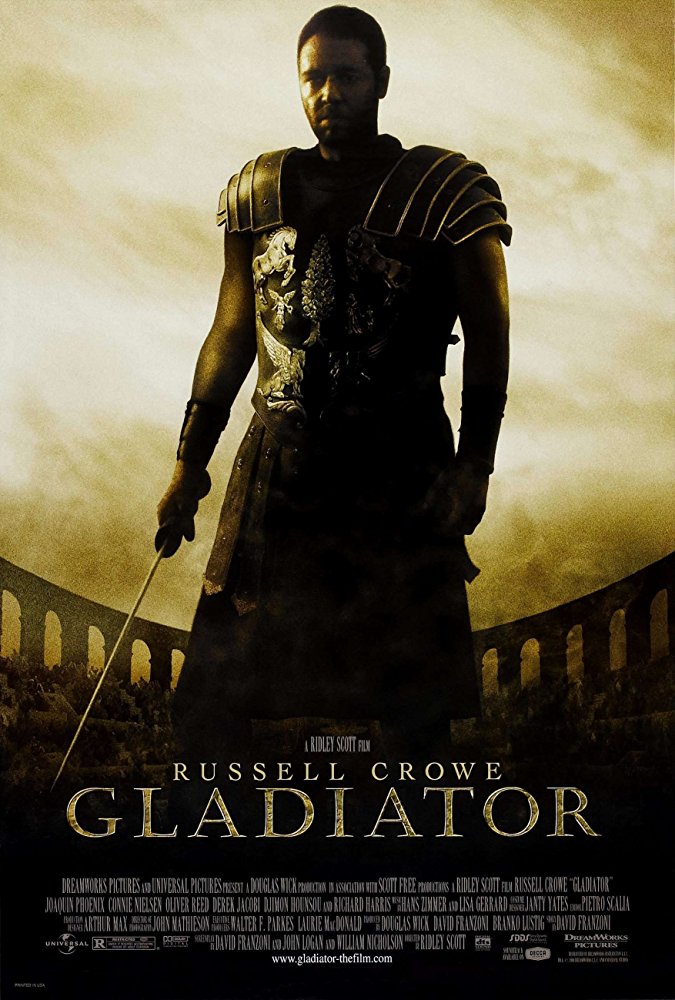