You know the game. You play it when you watch presidential debates and take a drink every time someone says “taxes,” but in this version, you have a bingo grid filled with your predictions.  (Suggested squares for a debate also include: Goes To Commercial Break, Candidates Refuse to Shake Hands, and Interrupts Other Person.)

When I explained this type of bingo to my kids, I described it as a coping mechanism, a way to vent off petty annoyances without causing a relationship problem. Maybe you’ve secretly played it during a party or a relative’s visit to better deal with behaviors that get on your nerves. There he goes again with the belly scratching. That’s one of my squares.

We recently discovered, however, that Behavior Bingo can also be a relationship-building exercise. The key is to play it openly. Owen (age 10) and I recently did this, with me making a grid of his idiosyncrasies, and he making one of mine. After 24 hours of baiting each other into unknowingly performing the various tics and suddenly running off in the middle of conversations to mark our grids, we compared our results.

Here’s Owen’s grid of me. He got most of them as well as a three-way bingo, but the red dots are ones I either fessed up to (“Drinks Whiskey”) or performed on the spot as a joke (“Says ‘I’m getting big'”): 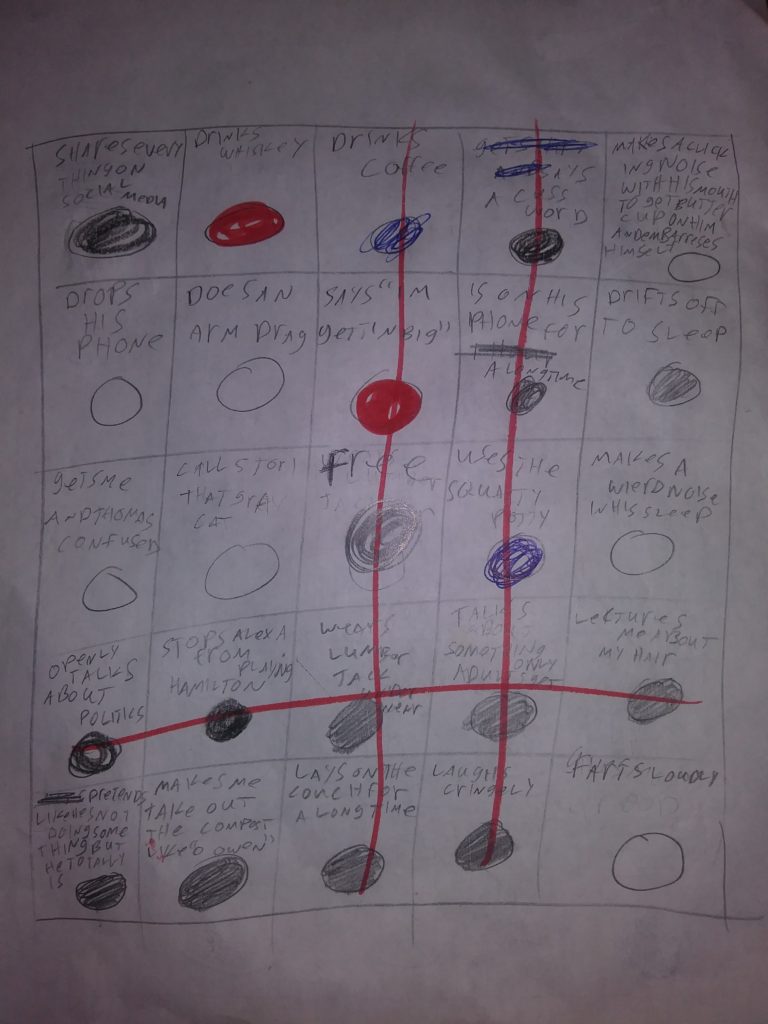 Played this way — and without malice, of course — Behavior Bingo could help you get along with the people you’re quarantining with. It demonstrates your familiarity and love of the other person, and it’s a lot of fun.