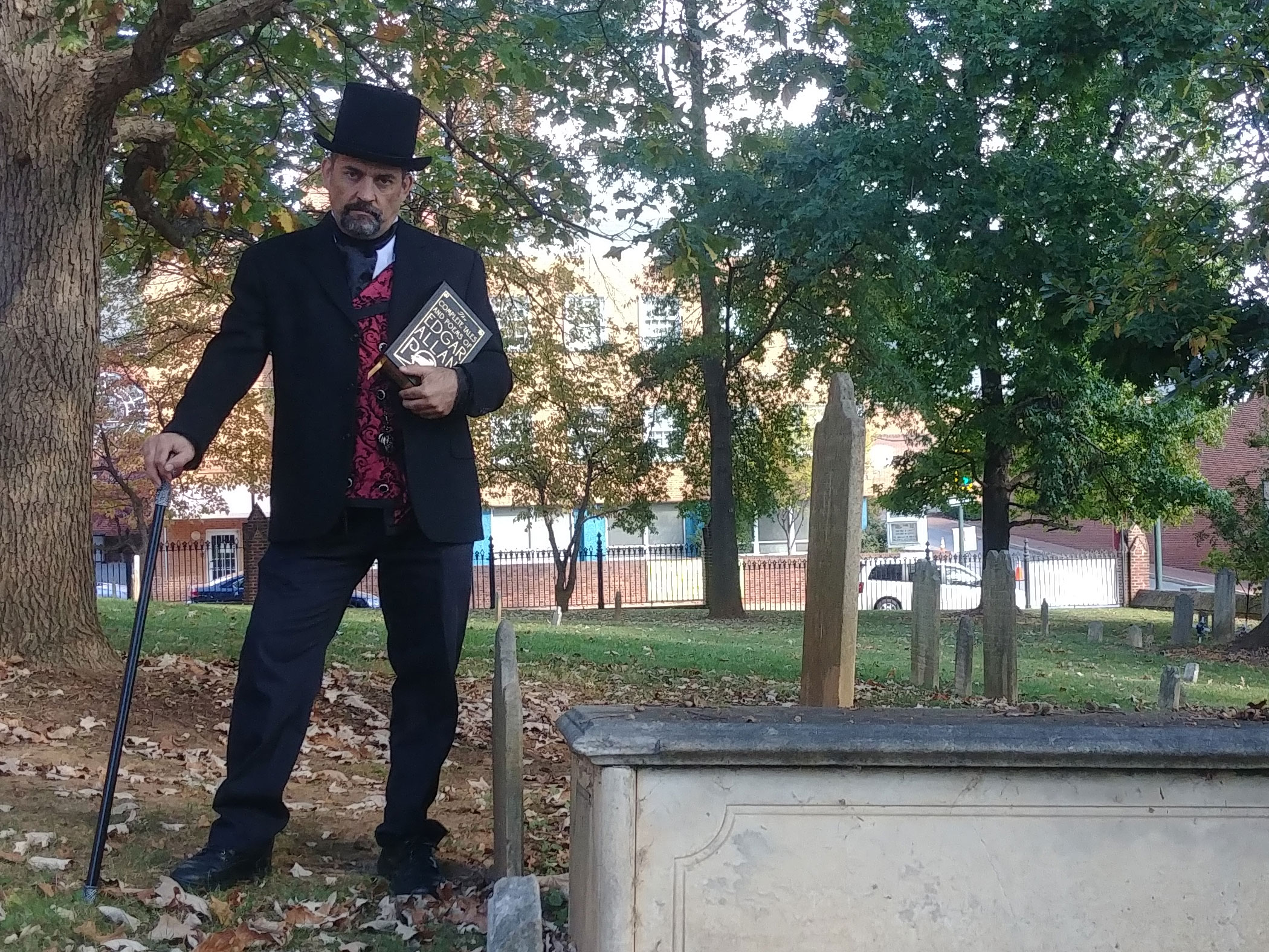 This morning, I did something I’ve never attempted before: a cinéma vérité performance of “The Tell-Tale Heart” by Edgar Allan Poe, originally published in 1843. You’ll be able to watch it Halloween weekend online and hear it broadcast on WQSV 106.3 FM Staunton.

It began at my house, where Jay Haynes filmed my ad-libbed interaction with my landlady, Deena Warner. I wore full costume. As a continuous-shot, Office-style monologue, Jay stayed with me during the drive to WQSV, the “police station.” There, station manager Ben Leonard heard my murder confession, Poe’s story.

The WQSV radio broadcast and the film will be aired on Halloween weekend, details TBA. Thanks to Jay for his help, and thanks to Ben and WQSV for the venue!

And now, to get you ready, here is Vincent Price performing “The Tell-Tale Heart”: