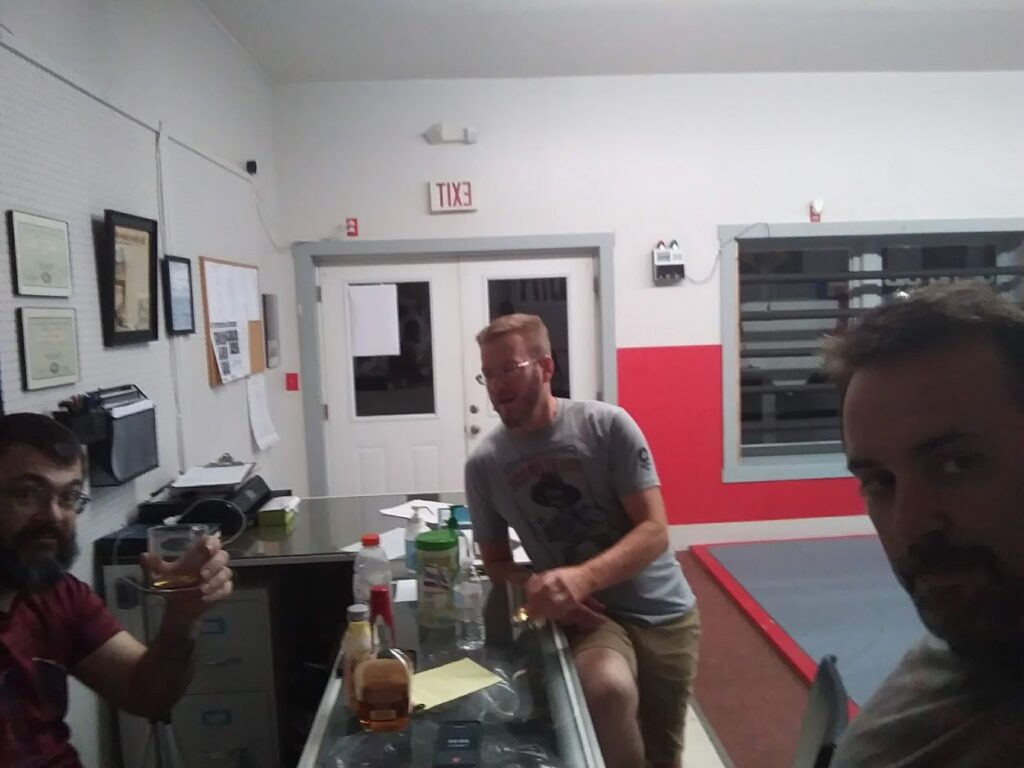 My jiujitsu brothers Scott Barker and Jerry Armentrout interviewed me last night on their podcast show, Rolling Rocks Radio. We had a great time dishing about the publishing industry, our families, and our favorite martial art.

Listen to it here:

Here’s another flash from the past. I found it in my school papers from 11th grade English class (circa 1990). The assignment was to write a lyric poem:

Why do the leaves
of trees fall?

Exposing the branches,
baring all?

Is life so hard,
and so corrupt,

That leaves can’t take it,
and just give up?

Who see responsibilties,
and decide to flee?

Here’s a blast from the past. Go to page 16 of this archived copy of the Feb. 6, 1995 edition of The Breeze, my alma mater’s student newspaper. It’s the profile piece I wrote about the first transsexual I ever met. I would never have seen this link, but Jenn, the subject of the article, recently contacted me to chat. She’s doing well and I believe like me is having a hard time believing this was from 21 years ago.

Brought to You by 5th-Grade Matt 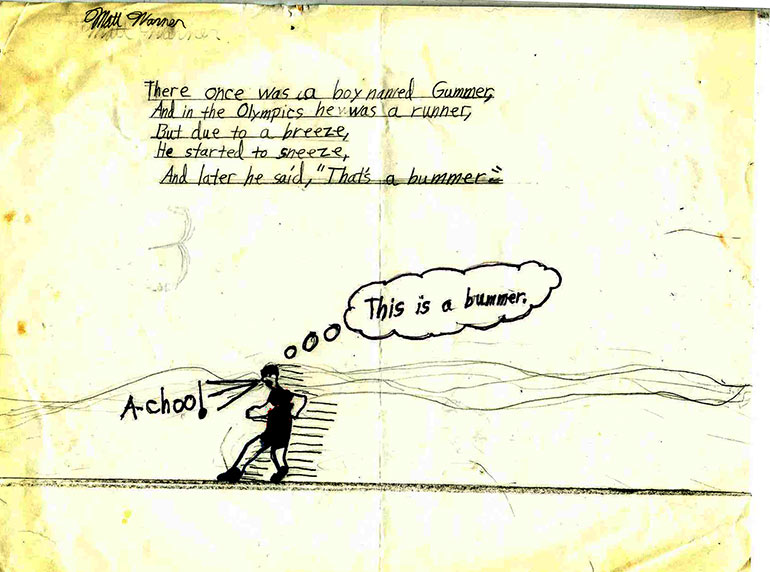 For somebody who has managed so many billions of dollars in his career, Donald Trump has a remarkably underdeveloped sense of what “thousands” mean.

I’m referring to his claim that on September 11, 2001, he witnessed “thousands” and “thousands and thousands” of people in Jersey City, NJ, celebrating the terrorist attack on the World Trade Center in tailgate-party fashion. Fact checkers from several major media organizations, plus the New Jersey police(!), have debunked this ludicrous claim. Thousands of people did not have a death-to-America parade in Jersey City on 9/11. But that doesn’t stop him from declaring massive victory in his version of history.

Since Trump and his supporters are unburdened by historical fact, let’s examine this outrageous fairy tale from a commonsense perspective. Let’s be charitable and assume that by “thousands and thousands,” what he means is no more than 2,000. (And let’s set aside the obvious question of Trump’s convenient presence in Jersey City on that day). So, a tailgate party of 2,000 people.

In case anyone is unfamiliar with what a 2,000-person gathering would look like, I’ve prepared a little computer simulation. Click on the below graphic:

Click to see what a parade of 2,000 people would look like. Scroll down for the full effect.

If you have any doubt whether that’s indeed 2,000 simulated people, hover your mouse over any of them to see the counter at work.

That is a fuck-ton of people.

I lived through 9/11, as did anyone else over the age of 14. And while I wasn’t in Jersey City on that day, here is what I remember:

A lot of frightened people. The sense that something apocalyptic had happened. We’d been attacked, on our own soil — an unthinkable event in America. We hadn’t been attacked here since Pearl Harbor, and even that wasn’t the continental United States. Those bastards had flown our airliners into our sky scrapers, plus the Pentagon, plus a field in Pennsylvania, and murdered thousands of innocent people. They slaughtered children. And they secondarily murdered and maimed the thousands of people who died afterward from environmental poisoning at the crash sites.

September 11, 2001 was a turning point in modern American history, and in that first 24 hours, what I personally saw, aside from smoke billowing up from the Pentagon, were people with deer-in-the-headlights fear.

What I also saw was a fierce patriotism. People were so, so angry. They remained angry, and justifiably so. They were also charitable: they lined up around the block at the local blood bank, wanting to donate to the victims.

So, in that kind of stunned, patriotic, Book of Revelations raw horror, how do you think our gun-totin’ culture in the ole U.S. of A. would have reacted to a crowd of 2,000 people, minimum, having a fucking tailgate party in New Jersey, celebrating the fall of the Twin Towers? It would have been a battle for the history books. There is no way, none, that could have possibly happened.

Donald Trump should be excoriated for his blatant and shameful remarks. He disrespects everyone who died, and he dishonors himself. In particular, he deserves to be raked over the coals by the people of New Jersey, who have been slandered by his words.

This presidential campaign season already promises to be a depressing chapter of American history. False and pandering remarks like these should have no place in it.