In 1959, a film was released that would live in the minds and hearts of science fiction and horror fans for years to come. That film was Edward D. Wood, Jr.’s magnum opus, “Plan 9 From Outer Space,” a story about aliens re-animating the dead in order to kill Earth’s population. Genre audiences could not resist the exuberance and love for the art of filmmaking that showed in Wood’s work, and the movie has become a cherished cult classic. Now the long awaited remake of the classic film is here! In this edge-of-your-set, visually stunning, re-imagination of the original story, “Plan 9” is a spectacular sci-fi/horror adventure with jaw-dropping effects and zombies galore! It’s the film Ed Wood wished he made!
Watch Movie
Order eBook
Order Paperback

“PLAN 9 is a fun, gory, and fast-paced book that I highly recommend to those looking for something new in the zombie/alien fields.” 4.5 stars
— Horror After Dark

“It entertains you even if you haven’t seen the movie it’s based on. … Not only did I enjoy the novelization, it’s whetted my cinema appetite and makes me want to watch both the original and the remake. I’d recommend Plan 9 as a light and fun read that you don’t have to take too seriously.” 4 stars
— Horror Talk

“Well written, well executed, the author very much captured the unique actors/actresses takes on the characters as well as giving them more depth.” 4 stars
— Goodreads 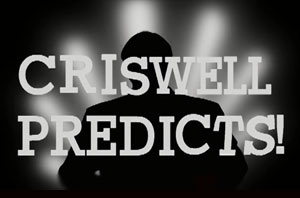 Hu Media interviewed John Johnson and me at our April 1 appearance at the French Press. Check it out: