Big weekend! On Friday night, I pitched a tent outside the DarkWood Manor haunted house attraction in Luray, VA, to sell books and plug The Seventh Equinox.  Thank you to the nice lady from Black Raven Paranormal who gave me a pen when mine ran out of ink. Also thanks to Wendy Brown for hosting me. 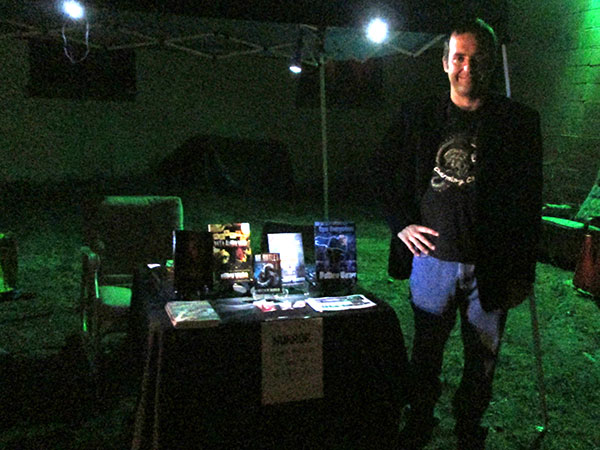 The above picture is seriously color adjusted because I stupidly didn’t bring lighting for my tent. Thankfully, Deena was with me and ran out to a dollar store to buy the small lights you do see. I told people my area was dark because I write dark fiction. (Ba-dum-bum.) It was also nice to hang out with actress Naomi Grossman (“Pepper” in “American Horror Story: Asylum”) and to take a shocking and hilarious stroll through DarkWood’s current theme, “Mother Grimwood’s Deadtime Stories.”

Friday night was also the first night my advertisement for The Seventh Equinox started its run at Zeus Theater in Waynesboro, VA. It’s just one of many slides that run on the big screen before the trailers start, but I figure it’s an excellent way to reach my local target audience. Nanci Kalanta took this photo of it on her cell phone while she was waiting for the movie “Gravity” to start: 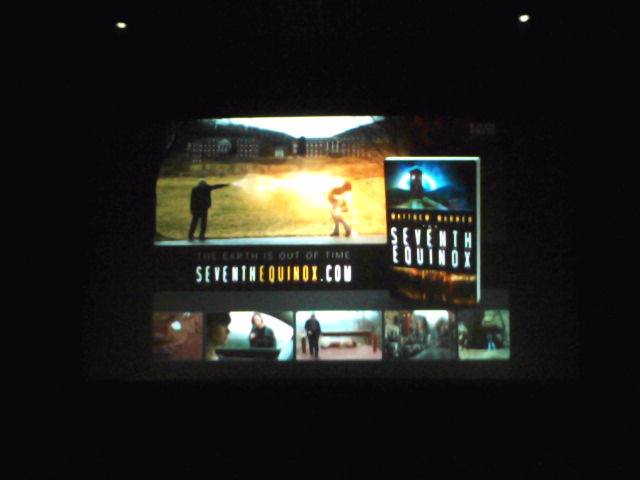 Finally, Friday was also my tenth wedding anniversary with Deena. It’s amazing how much our lives have changed since then, all for the good.