Yesterday, I spent nearly six hours engaged in the annual fall ritual here at the Warner home: raking a few hundred cubic feet of leaves to the edge of the road. The City of Staunton will soon come by with its Dr. Seuss vacuum truck to suck it all up. Here are some photos of what they’re up against (click to enlarge): 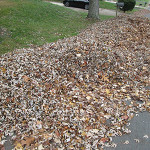 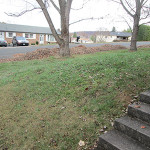 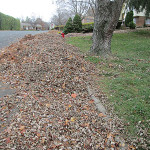 Last year, I memorialized my hell in this timelapse video of me raking:

This weekend was also spent launching The Seventh Equinox at Stone Soup Books & Cafe in nearby Waynesboro, VA.  My publisher attended, and we had a great turnout.  After a scrumptious lunch on flatbread, I flapped my gums a bit (calling it my “MTV Behind the Music” presentation) and then signed books.  Raw Dog Screaming Press has already put up a photo gallery, which you can view by clicking below:

Raw Dog will soon have a few video clips online as well.

Next on the book tour is a signing at Bookworks, here in Staunton on Beverley Street.  I’ll be there from 2-4 p.m. on Pearl Harbor Day, 12/7.

And after that, I’m back to flapping my gums, this time at an open meeting of the Virginia Production Alliance. As they said in this morning’s announcement:

So, you want to write an award-winning screenplay and sell it to Spielberg? Don’t we all. You may even have an idea. Fabulous. But do you know how to craft it into a saleable story? How about how to format it properly as an “on spec” screenplay? Join local screenwriter, novelist, and playwright Matthew Warner for a discussion about all these things on Dec. 19 at 6 p.m., at the Staunton Library. Just don’t ask him for a referral to an agent. He hates that. But you can butter him up by bringing cash to buy his new novel, The Seventh Equinox, which he’ll have on hand.

See you there, and happy raking in the meantime.