From now through the end of December, a selection of my grandfather’s U.S. Naval memorabilia is on display at Augusta County Library (1759 Jefferson Highway, Fishersville, VA). I last wrote an essay about this collection in the July 2008 installment of my “Author’s Notes” column at Horror World (“The Honor and Morbidity of Grandpa’s Scrapbooks”).

When I inherited 10 scrapbooks from my maternal grandfather, Bennie E. Burnworth (1910-1974), I had no idea he’d collected such a fascinating trove of memories.

It documents his 37-year career in the U.S. Navy, from which he retired with the rank of Chief Machinist’s Mate.

Although he served in World War II, the items here come from the 1920s-30s. That’s when he left behind life as a Kansas farm boy to tour the Pacific aboard one of the Navy’s first aircraft carriers, the U.S.S. Saratoga.

I hope you enjoy these mementoes as much as I do.

Here are some pictures — but you should really see them in person. 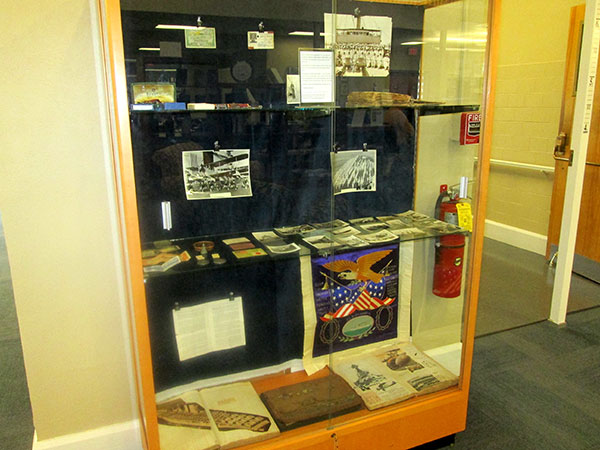 View of the whole display case.

View of the whole display case. 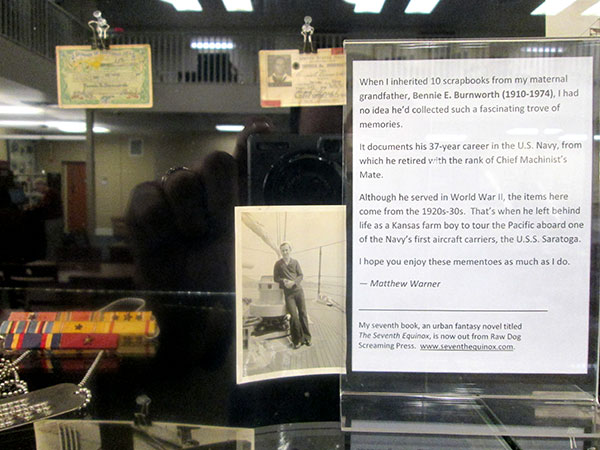 My introductory placard, plus a picture of him. In the background hangs his Naval ID and a small version of his pollywog certificate for crossing the Equator. 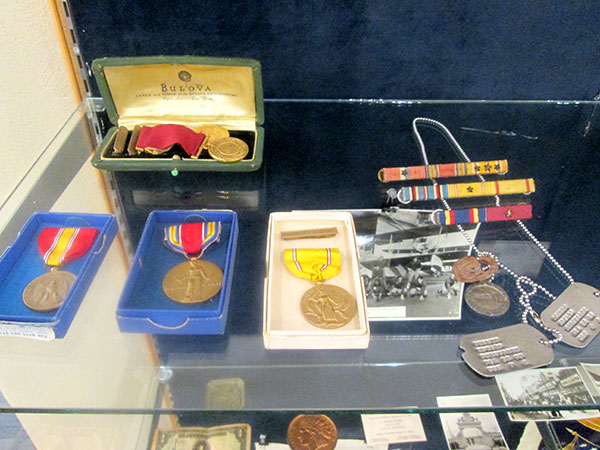 A small walnut basket is attached to the dog tags. 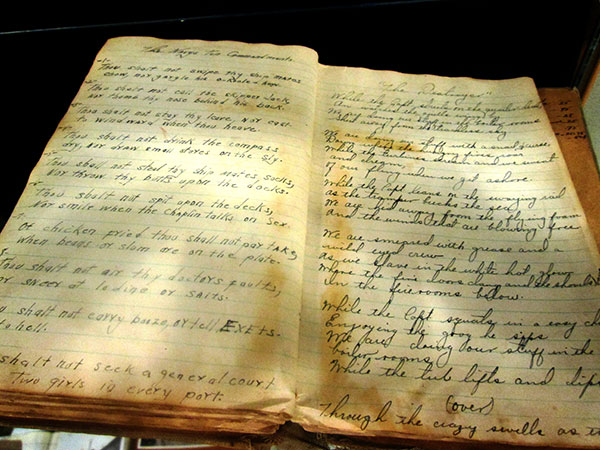 I displayed this scrapbook open to these pages because they show a couple rare examples of shipboard poetry. I don’t know if he was the author. On the left are the “Ten Commandments” (e.g., “Thou shalt not spit upon the decks, nor smile when the Chaplin talks on sex”). The rhyming poem on the right describes life in the engine room, where he worked. 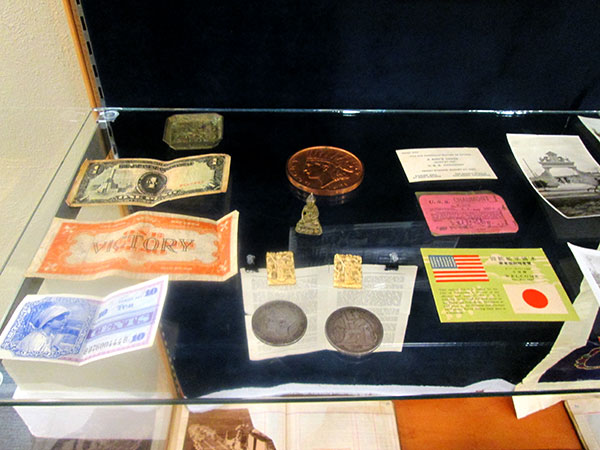 Samples of currency and souvenirs from sightseeing junkets. On the left are examples of “Victory Pesos” in Japan and the Phillipines; these were temporary forms of currency issued by the U.S. government. 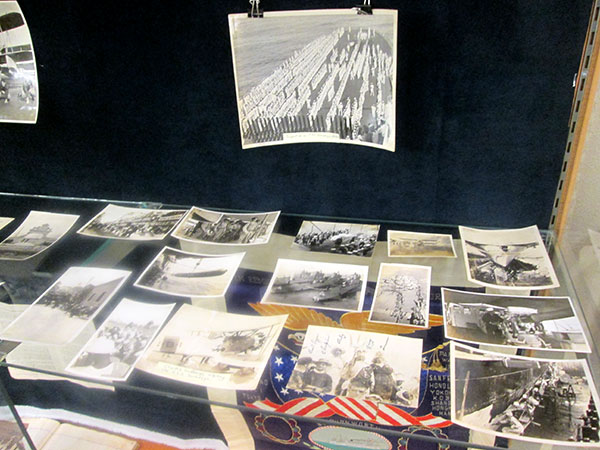 Photos of shipboard life. In the front row, third from the left, Charles Lindbergh takes off from the deck of the U.S.S. Saratoga while on a tour.

A scrapbook open to a picture he clipped that shows the deck of the U.S.S. Saratoga with its complement of biplanes on deck. A walking-tour narrative for the ship hangs behind it. 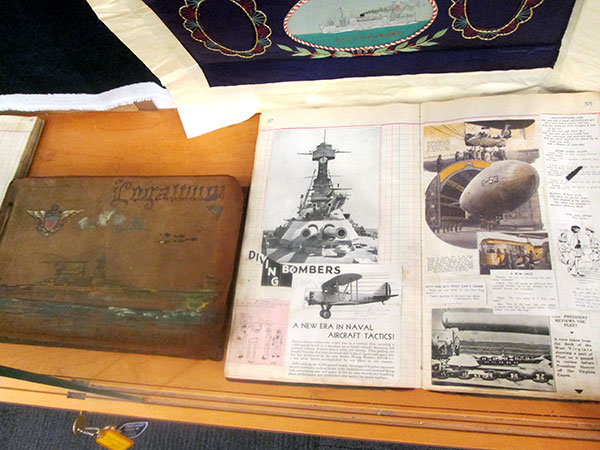 A couple of his scrapbooks. The one on the left is closed to show off its beautiful, hand-painted, leather cover. The one on the right is open to a typical page of articles he clipped from newspapers and magazines. 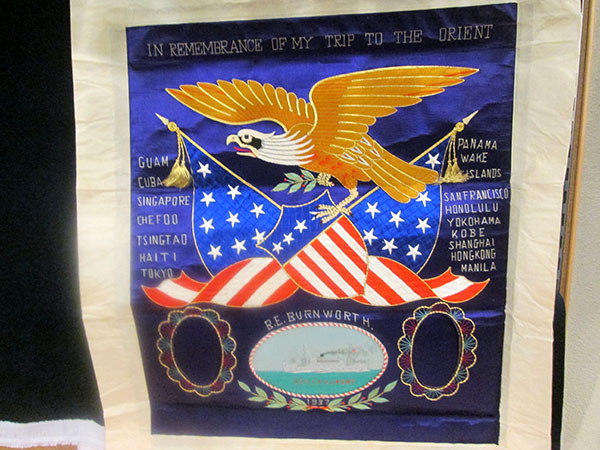 This 1937 cloth placard has remained in perfect condition.

One thought on “Family Heirlooms on Display”