Had a great weekend in Towson, MD. I signed books at Ukazoo Books and then visited the Borderlands Boot Camp, a writing workshop put on by Borderlands Press.

I got to practice my strong-arm sales tactics at Ukazoo: 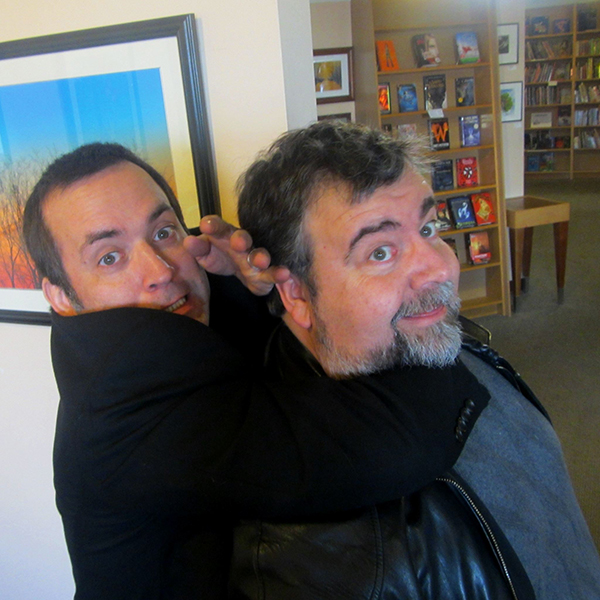 Thom Lyons bought a book to get me off his back.

Smiled nice at the camera in between harassing customers: 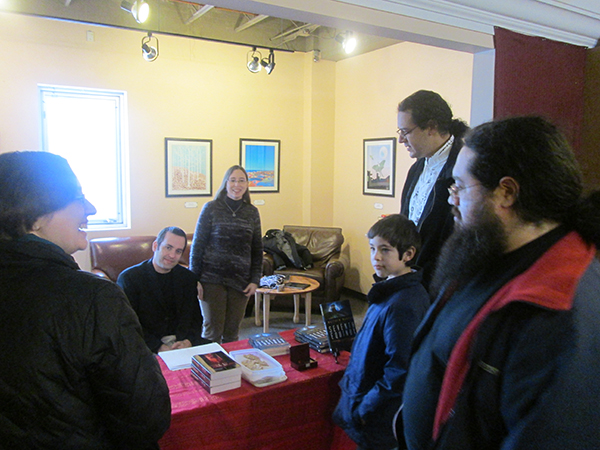 Woohoo, look at all the people! Yes, I know a couple of them bear an uncanny resemblance to my publisher. (Entirely coincidental.)

Discovered the printer wrapped a dustjacket for THE SEVENTH EQUINOX around a famous account of the fad dietary practices of WWII German soldiers:

Okay, that was a bad joke, but I couldn’t resist.

The next morning, I did cold readings of the short stories composed that weekend by the Borderlands grunts. Notice the looks of horror and concern on the faces of the instructors behind me — but that was nothing compared to when I began my striptease. 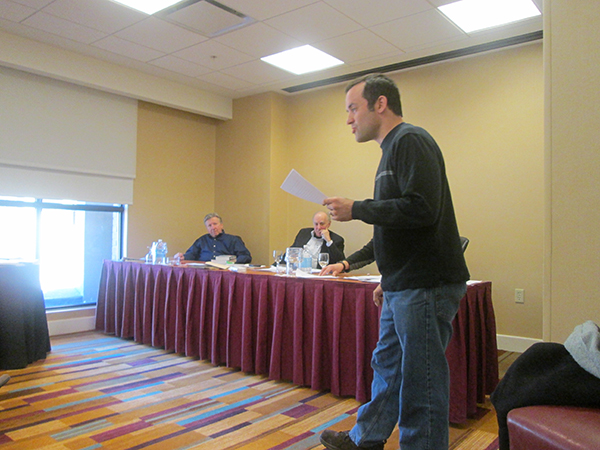 In the background are (L-R) F. Paul Wilson and Thomas Monteleone. My ass is blocking the view of Douglas Winter.

The best part of the weekend was to get some non-child time with Deena. Where should we go next?

One thought on “Towson Tour”