My first movie, a long four years ago. Watch it online.

(In case you don’t know, receiving tax credits in exchange for filming somewhere is a normal film industry practice that often determines where production companies shoot their movies and TV shows.  The hosting state, while foregoing some tax dollars directly from the film companies, receives collateral economic benefit.  Productions require huge support apparatuses that spend lots of money on things like catering, hotels, and hiring local film crews and actors.)

Plan 9, the zombie movie I’ve been involved with, likewise received help from the Virginia Film Office in exchange for keeping the production local.  It was produced by a Virginia company, Darkstone Entertainment, which most likely would not have filmed here if not for the tax incentives.  The same goes for the Virginia lawmaker Del. Peter Farrell’s film company, Tredegar Filmworks, who stated the tax credits and grants were the primary reason they choose to shoot in Virginia.  As a Hollywood line producer said earlier this year, shopping for tax credits and rebates is “the single most important financial decision made in the earliest preparation of bringing a script to life. It wholly affects both the creative look and financial bottom line from day one.”

Another fun movie I made. No, I didn’t get any tax incentives for this one, either. Watch it online.

So what’s the problem?  Well, according to Del. Scott Surovell, the intent of the Virginia tax incentives was actually to lure Hollywood billionaires, and not Virginia legislators, to film in Virginia.  Furthermore (or so implies the subtext of the Associated Press’s reportage), Del. Farrell and his politically connected father were just too darn rich (and therefore evil) to benefit from a tax incentive.

Do you already see the contradictions here?  Del. Surovell is saying you can film here if you’re a rich Californian but not a rich Virginian. Hell, you shouldn’t even get the credit if you’re a Virginian.  Which means that a small independent company like Darkstone, for instance, should have filmed in North Carolina.  Darkstone is neither a non-Virginian company nor a large, wealthy one.

(And, by the way, wouldn’t you rather that a period piece about Virginia history get filmed here in Virginia?)

Unfortunately, this isn’t just a Virginia controversy. Lawmakers in Maryland are torturing themselves with a similar debate over film industry tax credits. Primarily spurred over productions of “House of Cards” and “Veep,” the argument there is whether these incentives should exist at all.  A recent report to the Maryland assembly states that “for every dollar granted in credits, state and local governments received only about 10 cents in tax revenue in return.”  The report also alleges that visiting film productions don’t create lasting benefits in job creation.

Let’s assume all this is true and these incentives, which exist in 37 states, are a waste of time.  Let’s assume they’re too costly to taxpayers, don’t leave lasting positive benefits, and that they’re benefiting the wrong people.  Why then is California so absolutely desperate to keep film production local?  They even have a term for it, “runaway productions,” I guess because anything filmed elsewhere is technically running away from its true home in Hollywood. 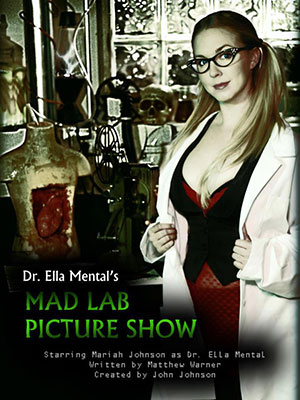 I co-wrote this one. Alas, you can no longer watch it online.

Two January articles from the Los Angeles Daily News are fascinating.  Start with “Why TV, film production is running away from Hollywood,” and you’ll learn California hates that places like Virginia and Maryland are luring film crews away. A lot of people in the film industry can’t afford to live in California anymore because they’re no longer getting the work. Between 2005 and 2012, the California film industry lost 12,400 jobs due to the runaway effect.

To put a human face on these numbers, read “Middle-class Hollywood workers lose jobs, income when filming flees Los Angeles.”  You’ll read about people losing their homes and vehicles and having to delay starting families because their jobs are getting siphoned away.  It reminds me of when an American car factory shuts down in favor of an overseas factory because it’s cheaper to do business elsewhere.

As awful as that all sounds, these articles illustrate some basic truths that California learned long ago, and which it’s desperate to prevent Virginia and Maryland from learning: that there is big money in the movie business; it’s a major industry; and rightly managed, it can be a boon to a state’s economy.

So I encourage Virginia and Maryland to fine-tune their programs to support the movie industry. If Maryland is worried the benefits of its incentive programs are too short-term, then it should creatively seek ways to make those benefits long-term. That’s better than just scrapping the program altogether.

And Virginia . . . man, just get your head screwed on straight.