Here are pictures from Deena’s and my whirlwind weekend trip to Santa Fe, NM, where we did some client development for Deena Warner Design and generally geeked out with our favorite bestselling novelists. Read the captions for more detail: 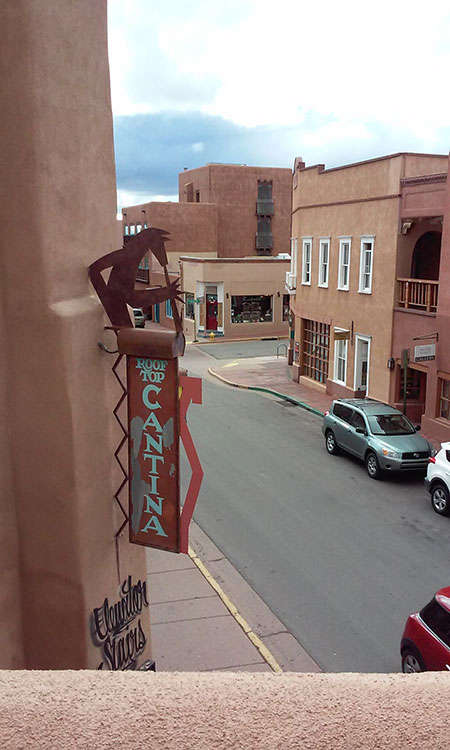 Street view of Santa Fe, NM, where all the buildings look like chocolate cake by law. 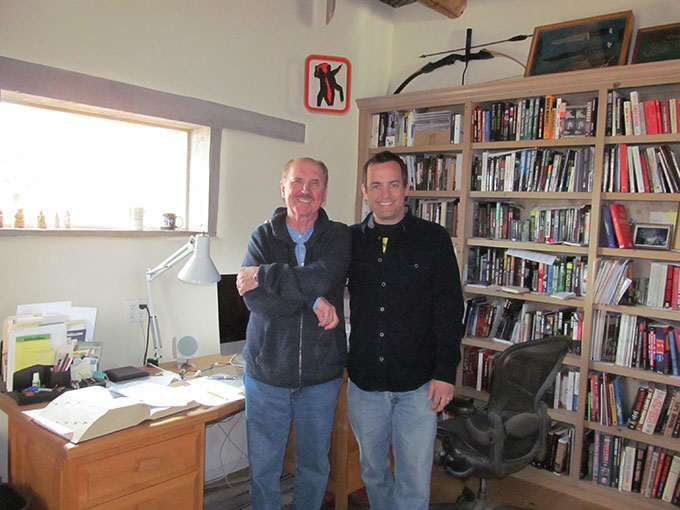 With Rambo creator David Morrell in his office. I didn’t crop this photo so you can see all the cool stuff in there. 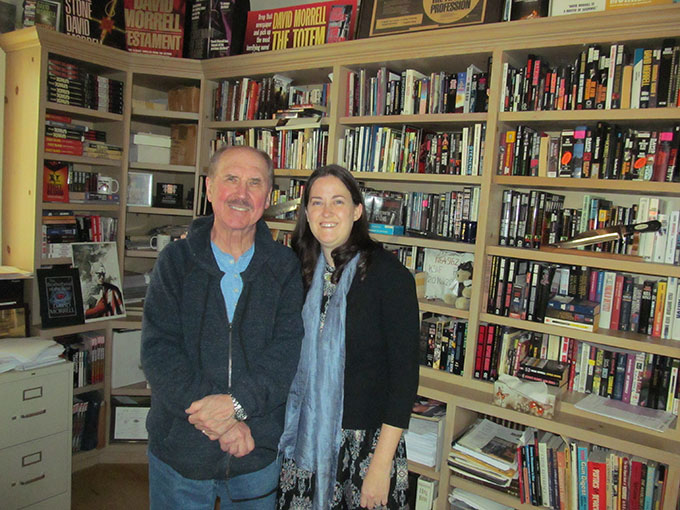 Deena with David Morrell in front of a bookcase of his novels. 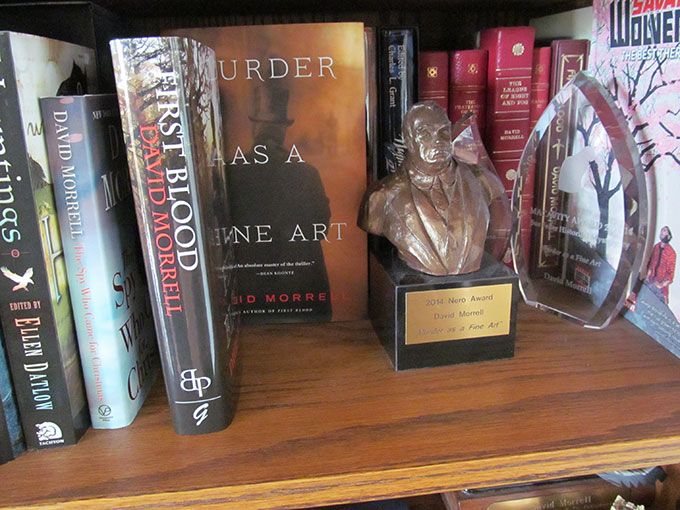 Some of David Morrell’s literary awards for Murder as a Fine Art.

Later, at the Jean Cocteau Cinema, Ernest Cline (R) talked about writing Ready Player One and how Stephen Spielberg is filming it. George R.R. Martin (Game of Thrones) (L) owns the theater. 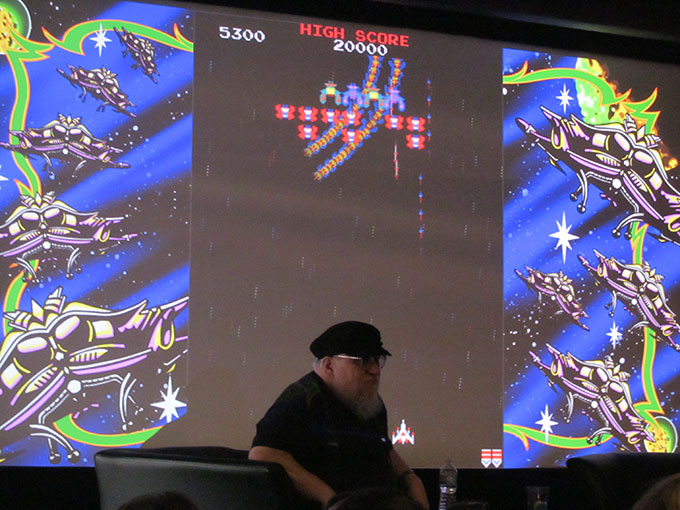 GRRM dismissed us by rows so we could get in line for the Ernest Cline book signing. As we waited, audience members played 80s video games like Galaga on the screen behind him. I didn’t play myself, figuring I’d be too nervous to play with GRRM directly in front of me. 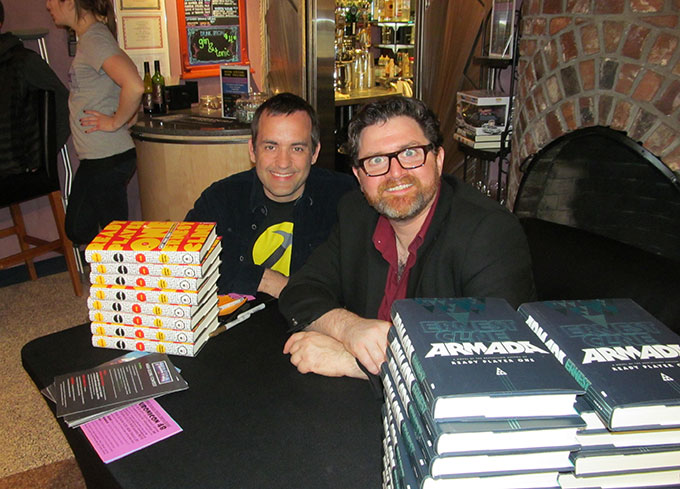 Getting Armada signed by Ernest Cline. Yes, those are his real eyes. 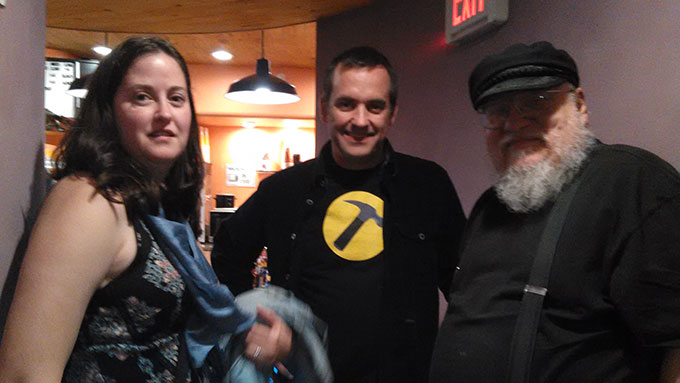 Deena and I met GRRM in a back hallway. No, I did not ask him when he’s finishing his book. But I did tell him how I imitated his POV-switching technique to navigate through the Plan 9 novelization. More about that in SF Signal. By the way, that is not the hammer.