Matthew Warner : Blog : Letterboxing from Hell — And We Won

Letterboxing from Hell — And We Won

The Traipse WQSV Treasure Hunt was not officially a letterboxing or geocaching activity, but it certainly felt close enough, and we were hooked. A treasure, hidden somewhere here in Staunton, VA? Worth actual money?

The folks who’d developed a self-guided walking tour app called Traipse partnered with local radio station WQSV to hide this thing, and they’d given the public roughly six weeks to find it. We had few clues where or what it was. The official rules suggested it would be in a weatherproof container and consist of instructions on how to claim over $500 of cash and prizes. But by the time my family sunk in over 20 hours searching for it, we no longer cared what the treasure was. It could have been a little gold sticker that said “you won.” By that point, we just wanted to find it.

Here’s Deena’s description of how it worked:

Every hour, the radio station WQSV gave out a clue on-air. Other clues could be gathered by following Traipse’s social media. Other clues were revealed once you went on mini scavenger hunts using the Traipse app around Staunton. There were ciphers, clues in semaphore, word puzzles, and tons of other things to solve. Each clue related to a specific location in Staunton. As time went on, clues were more and more specific, honing in on specific pacing and square feet. We needed to find a spot on a specific trail a certain number of paces from the road next to a particularly described tree.

Yeah, the semaphore one was a bitch.  We got it by finding clue #86, nothing more than a URL that went to an animation.

After sequencing out the frames in Photoshop and deciphering them at a semaphore website, we learned the message is, “It’s not at the.”

It’s not at the what?

Clue #88, when we finally found it, was no help.  “Ahoy!” it said. “There’s a system that sailors use to communicate using flags.”

Other messages, however, were found in their entirety. One Traipse location, once we solved its puzzle (which might have been to count the triangles in the rails of a downtown hotel, or to read the graffiti engraved in the sidewalk near a Mary Baldwin University office building) revealed clue #80, a bizarre series of letters: ABAAB ABBBA AABBB ABBAB AABBB ABBBA BABBA AABAA ABBBB AABAA BBAAA BAABB ABBBA ABBAB. Clue #81, at another location, added, “Sir Francis Bacon discovered a way to hide messages in plain sight.” And from that, we learned about the Baconian cipher. We deciphered the message, which read, “John Howe Peyton” — the 19th century lawyer who built Montgomery Hall, the mansion and estate that would one day become the basis of Montgomery Hall Park.

Clues like that inevitably led us to believe the Traipse treasure, whatever it was, had been hidden in Montgomery Hall Park.

Pieces of the picture of a bird, discovered in other clues, made us home in on a hiking trail on the western side of the park named after a noted ornithologist, Yulee Larner. We eagerly scoured the mile-long trail but couldn’t find much except the occasional broken beer bottle. The brush surrounding the trail proved impenetrable. Wondering if the treasure might be something tiny in the crook of a tree, my family frequently tromped off-trail through thorny vines and brambles. Owen cut his foot, I tore my shirt, and one day a stick in my eye nearly caused me to need a cornea transplant like Paul Taylor in The Organ Donor.

We would be out of town on the last day of the treasure hunt, Nov. 11. We worried if we didn’t find it, then on that day the organizers would give out clues so transparent that anyone could find it.

Indeed, the clues did become more specific as the date neared, as Deena pointed out. Clue #73 on Traipse’s Instagram feed said, “The treasure is about 1100 Ft from the nearest ‘home'” and included a picture of a baseball diamond. Another clue said it was 1750 feet from a train track. Using Deena’s Photoshop wizardry, we overlaid a Montgomery Hall Park trail map onto a Google Map, and drew red scale circles around the park’s three baseball home plates and black lines paralleling the train track 1750 feet away: 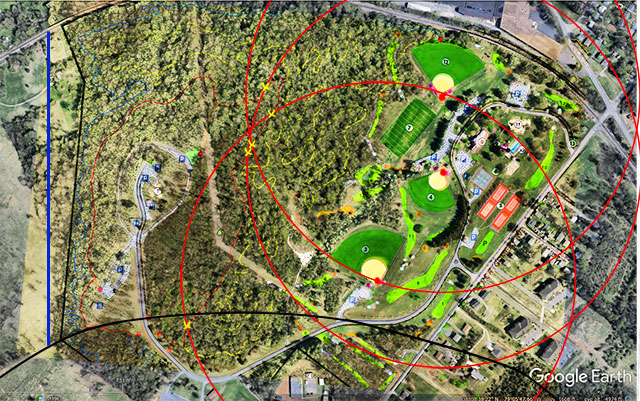 Yellow Xs represented where those lines intersected the Yulee Larner trail. You can see we were homing in on the trail heads nearest the soccer field in the southwest (thanks also to a clue that spelled SOCCER).

Despite all that, we still couldn’t find it. Not until the day I was out of town on a business trip and saw this clue on Facebook: 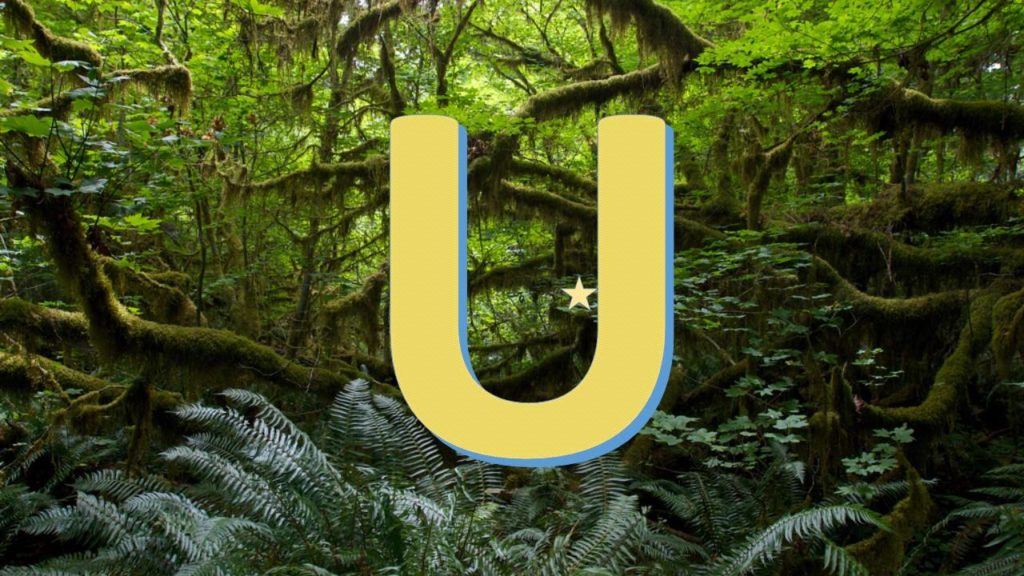 Traipse/WQSV Treasure Hunt Clue #105: If you are counting steps, start from the end rather than the beginning, and U will not be disappointed.

I called Deena, who at that moment was searching the Yulee trail with her mom. She immediately realized the U was a map, and the star showed the treasure’s location. The nearest U-shaped trail, however, was called the Walking Trail, not the Yulee trail — however it was still colored green on the official park map. Could this be what the WQSV on-air clue, “A place of green is sure to hold the treasure in between” referred to? Or did the “place of green” phrase merely refer to the park’s dense growth? Deena and her mom went to the Walking Trail to find out.

Flipping the U upside down in their heads, they started at the northern trail head. The Traipse “treasure map” flyer, below, contained vertical fold lines, and when joined together the boldfaced words on top and bottom spelled out EIGHTY PACES.  Clue #70, from social media, said one of the map’s embedded clues would tell us how many steps to walk from a road to the treasure. 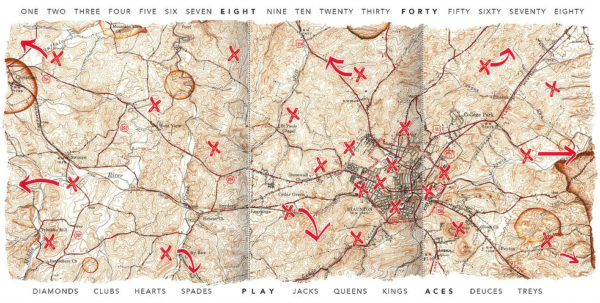 So Deena and her mom walked eighty paces from the road at the northern trail head.

And there it was, in a camouflaged tackle box: 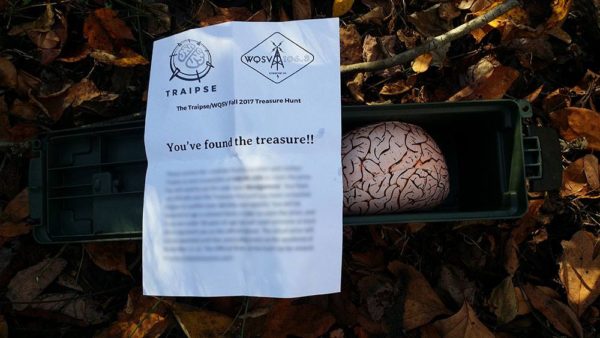 The prize was a $750 check, a gift certificate to a night at the Stonewall Jackson Hotel, a $50 gift certificate to the Baja Bean restaurant, and miscellaneous swag. Our our boys’ urging, we’re giving some of it to the Wildlife Center of Virginia — and some to them to buy credits on the Monster Legends video game. The rest goes to pay for health insurance.

Traipse says they’re going to repeat the treasure hunt next year, and we’ll be ready. In the meantime, we’ll continue using their cool app for self-guided walking tours and mini treasure hunts and listening to WQSV.