This week, book 4 of the Steel Empires urban fantasy/alternate series is released! In a world with vampires, warrior-mages, weredragons, and sarcastic violin players, time travel seems like the obvious next step. Read on for more information about Steel Time, by J.L. Gribble

You’re never too young or too old to experience a paradigm shift.

Toria Connor is 25 when tripping over an artifact in the ruins of Nacostina thrusts her a century into the past, before the city is destroyed during the Last War. Now, she finds herself alone. Adrift in a time where she must hide everything important to her, from her mercenary career to her true magical ability.

Victory is over eight centuries old when she follows her adopted daughter. She has seen empires rise and fall, but never anything like this. She must survive alone in a city inhospitable to vampires, dodging friends and foes from her past alike.

Both of them know the clock is ticking down to the moment when the city is wiped off the map. Now, they’re in a race against time. To find each other. To escape the past. And to save the future.

It is possible to read Steel Time as a stand-alone book, but don’t miss out on Toria and Victory’s previous adventures! 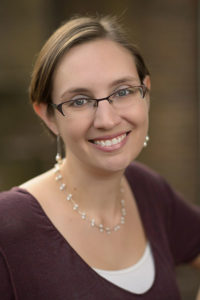 By day, J. L. Gribble is a professional medical editor. By night, she does freelance fiction editing in all genres, along with reading, playing video games, and occasionally even writing. She is currently working on the Steel Empires series for Dog Star Books, the science-fiction/adventure imprint of Raw Dog Screaming Press. Previously, she was an editor for the Far Worlds anthology.

Gribble studied English at St. Mary’s College of Maryland. She received her Master’s degree in Writing Popular Fiction from Seton Hill University in Greensburg, Pennsylvania, where her debut novel Steel Victory was her thesis for the program.

She lives in Ellicott City, Maryland, with her husband and three vocal Siamese cats.

Find her online at: