A Way to Reconnect with Political Polar Opposites

All hope is not lost, friends. We can still find common ground.

The owner of my martial arts school and I are political polar opposites. He’s a MAGA Trump supporter. I’m a liberal Democrat. We have only two things in common, but it’s enough to sustain one of my best friendships.

1. We’re both family men.
2. We both love Brazilian jiu-jitusu.

Joining a school community like this is absolutely a reason to give it a try, and in today’s divisive (and warming) climate, we need things that bond us together. Give it a try.

Pete at the Roaming Rolls blog just came out with a terrific post titled “6 Things To Consider Before Starting Jiujitsu.” Here is a summary of his subtitles and my favorite excerpts, but I urge you to click through and read the whole thing for yourself.

Jiujitsu Involves Touching
I’m talking about a form of touching that is completely void of emotion and creepiness, but stems from calm intent. There are many different forms of touch, and though jiujitsu is one of the less caring forms, it still harbors familiarity with touching, this inevitably makes you more invested and engaged with people.

Jiujitsu Takes Time To Get Good At
The very nature of jiujitsu breeds honesty.

Most people won’t even have their purple belts in the time it takes for the average Karate practitioner to receive their black belts. […] Like with anything you should be in it for the sheer enjoyment of the game. This also makes the jiujitsu black belt as legit as they come.

Jiujitsu Eats up your Week
With so many techniques to learn, and so many subtleties within those techniques, along with an inability to bullshit your way up the ranks, having to dedicate all this time comes as no surprise.

It’s Generally a Solo Venture
From the outside, jiujitsu doesn’t only look strange, confusing and somewhat homoerotic, but it’s also a martial art. That factor brings an element of fear to people on the outside.

You Will Get Injuries
Bear in mind that you’re just as likely to sustain injuries at a similar frequency in sports like tennis, football and even more so in skateboarding.

The Journey Never Ends
There are simply too many techniques, and differences in subtitles to each of them.
This is part of what makes jiujitsu so appealing and addictive. It’s the prospect of (like in science) exploring infinity forever. Constantly learning and growing, and enjoying it for that process alone. 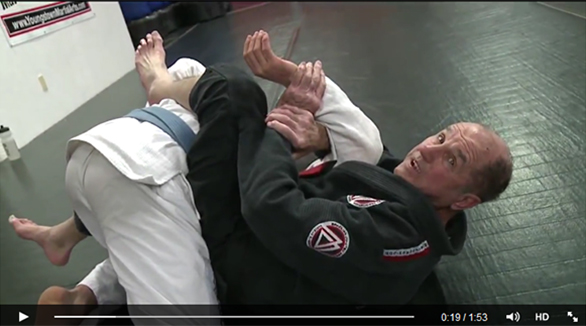