To Side or Not to Side?

In the midst of all our country’s partisan politics, I’ve encountered yet another divisive issue. When a slice of cake is served, should it be on its side? 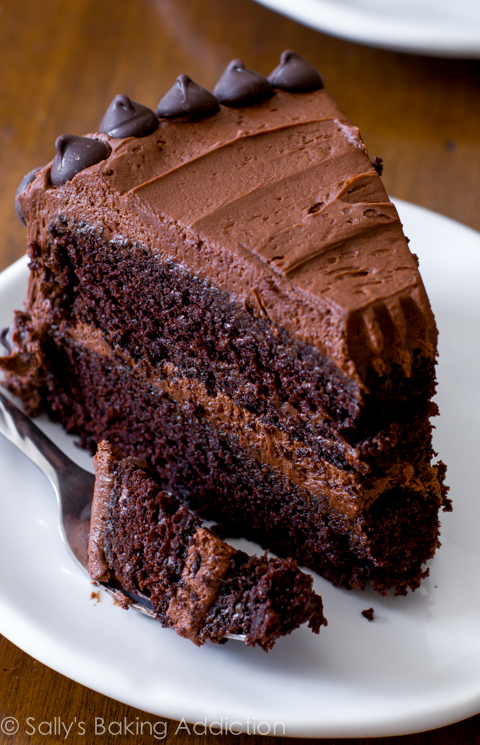 Each forkful acquires a moist portion of the top icing layer. One experiences each layer of cake, as is proper.

Then there’s the cake-fallen-over presentation: 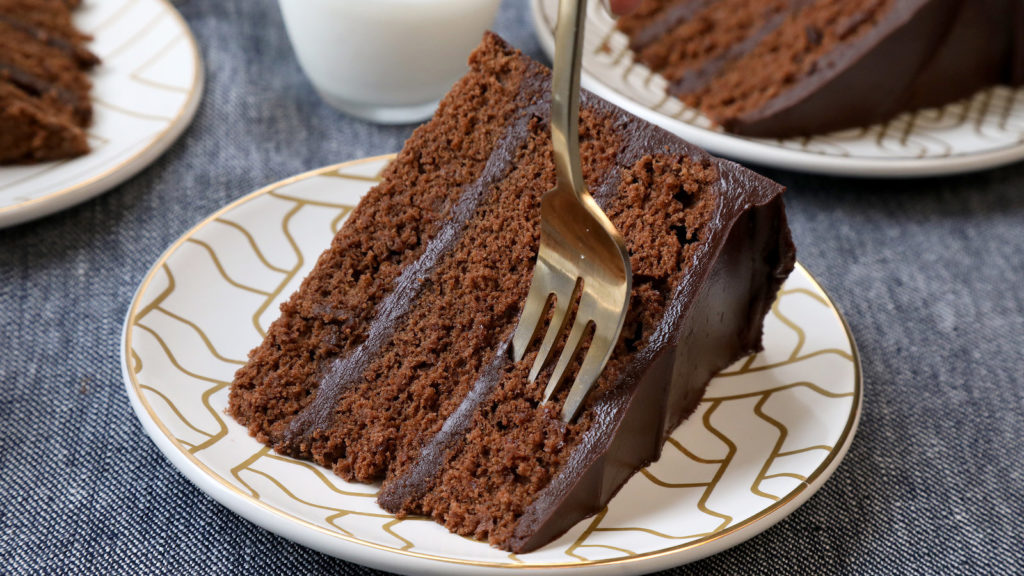 This poor chocolate cake is perhaps drunk on kahlua. Pity the poor wretch. Now, the eater can only experience one, maybe two, layers at a time. Too far to the right, and the eater eats all the icing at once. Who wants that?

Which do you think is better? (You know the right answer.)

Covert Art Behind the Scenes 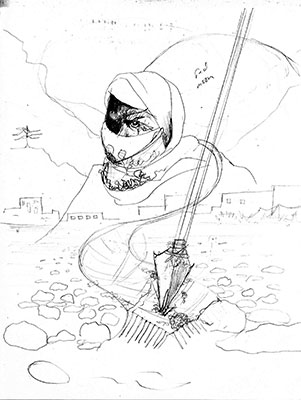 Deena Warner has posted a cool “behind the scenes” photo essay about how she created the cover art for Meatcow Maker. Check it out.

This isn’t the first time my publishers have hired her to illustrate my work. Here’s another photo essay she did about the cover of Dominoes in Time.

Today, I sent the updated manuscript for the 15th anniversary edition of THE ORGAN DONOR to Bloodshot Books. In honor of this, I share with you this cool video a friend recently posted on his Facebook wall. My only reservation is I don’t think I’d want this guy’s liver. Click “More Info” below.

Yet Another Jiu-Jitsu Video

Here’s a video I put together about my friend Johnny Morales. I help him to teach the kids class at Total Defense Martial Arts. It includes a clip at the end of him kicking my ass. Enjoy!

This time, we tackled Chill With Bob Ross S1:E13, “Artic Winter Day.” It took three hours to do what took him 30 minutes, but I feel like we improved over the last attempt. 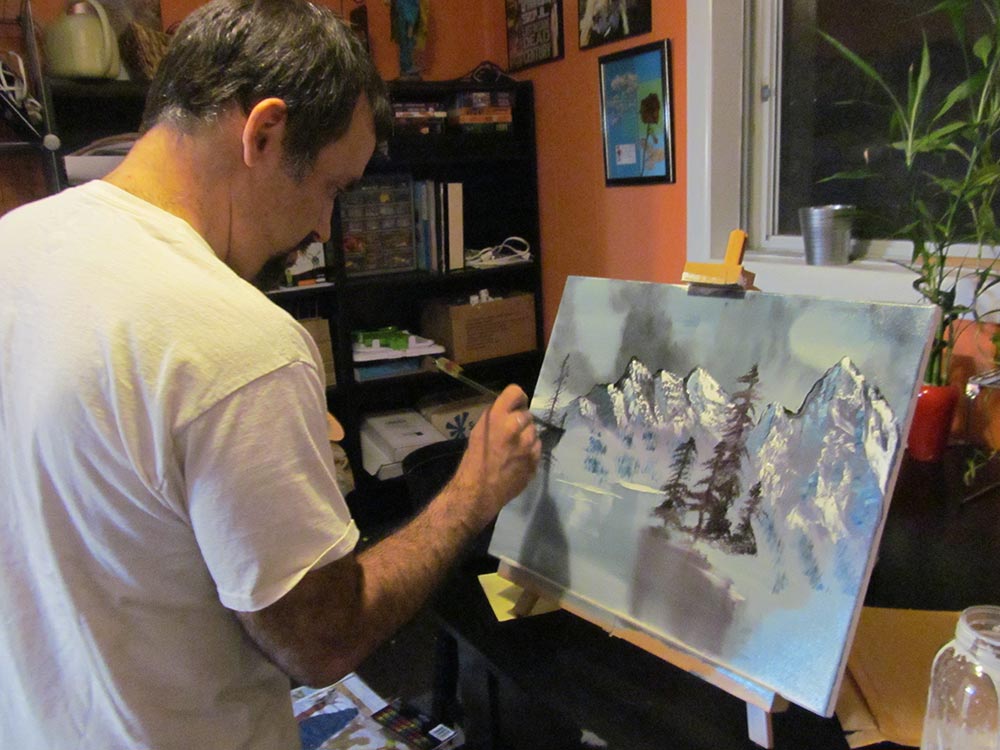 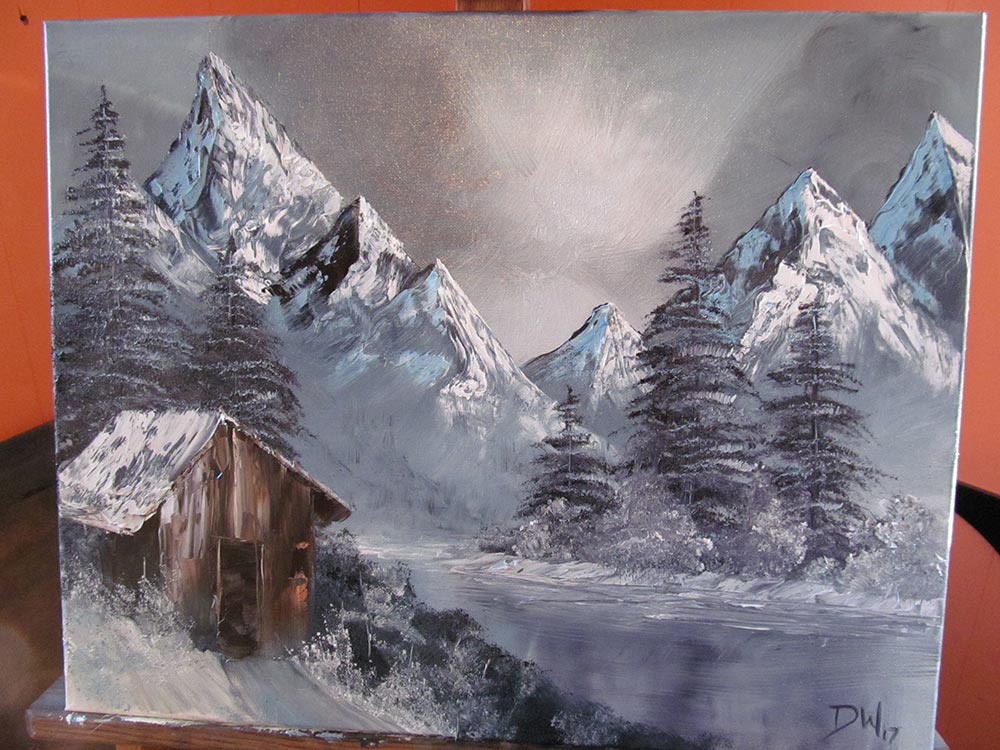 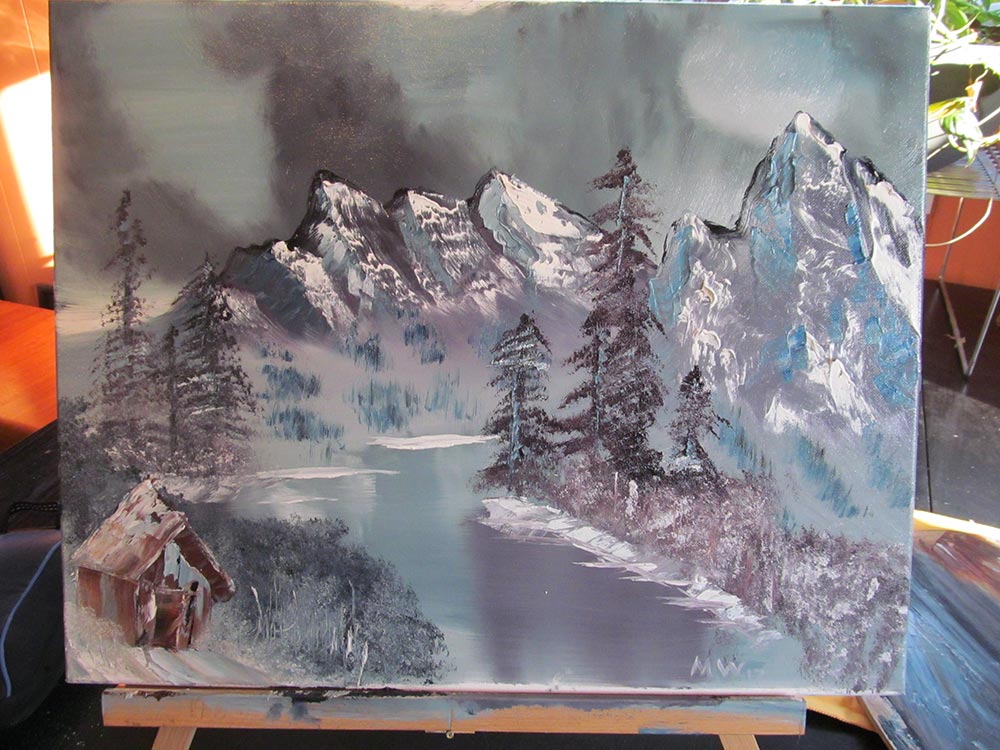 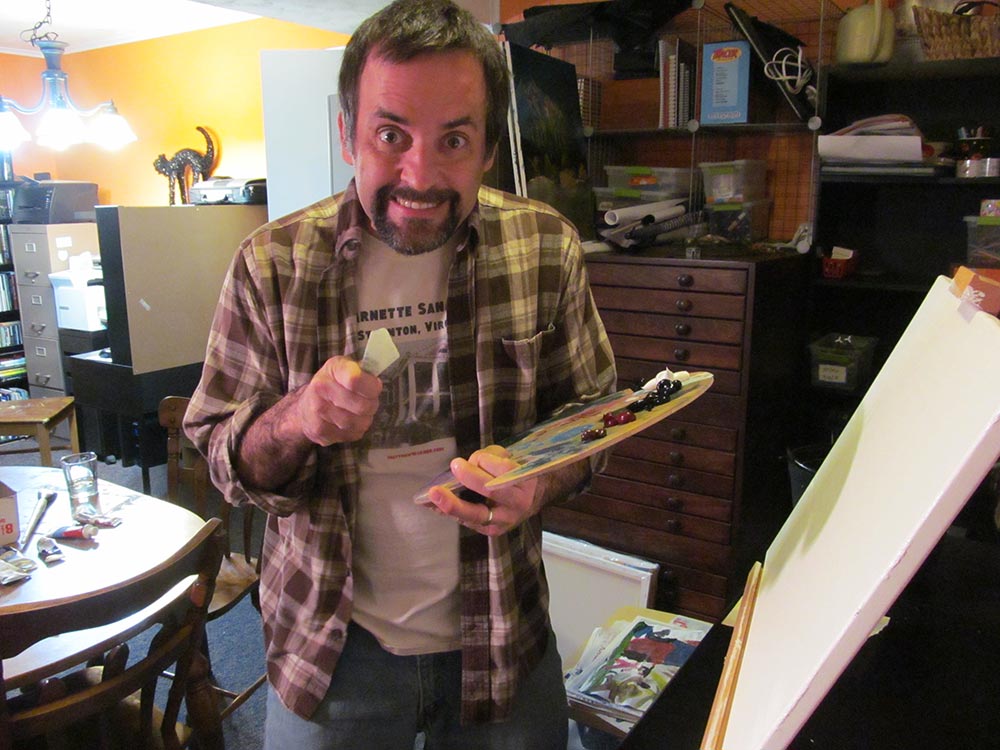 Before we started: the grimace of determination! 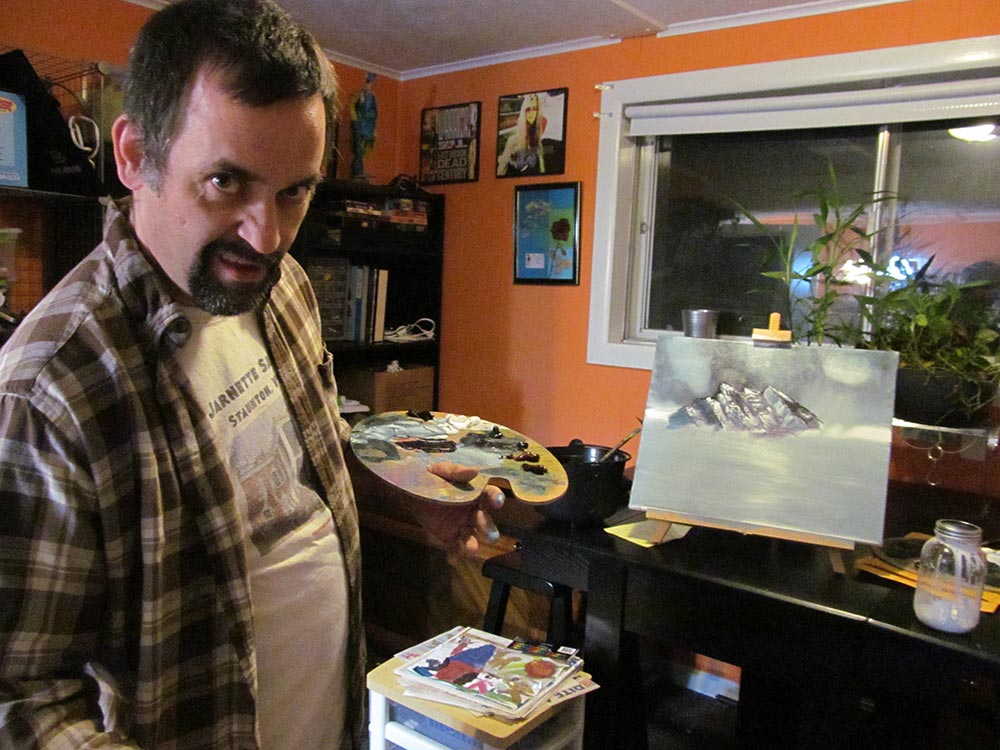 Today, I wrote a letter to my local city council requesting they pass a resolution calling for President Trump’s impeachment. You can read it below. Sorry for the bad scanning.

If you’re curious, Richmond CA’s resolution can be found here.

I hope you’ll consider sending a similar letter to your local government.

| Tagged I'm not a lawyer but I play one on TV, politics

Another Hobby I Don’t Have Time For

To celebrate Valentine’s Day, Deena and I each painted the “Valley View” painting in S1:E3 of the Bob Ross: Beauty Is Everywhere series now on Netflix. Click to view a gallery of our attempt to paint some happy little trees and mountains: 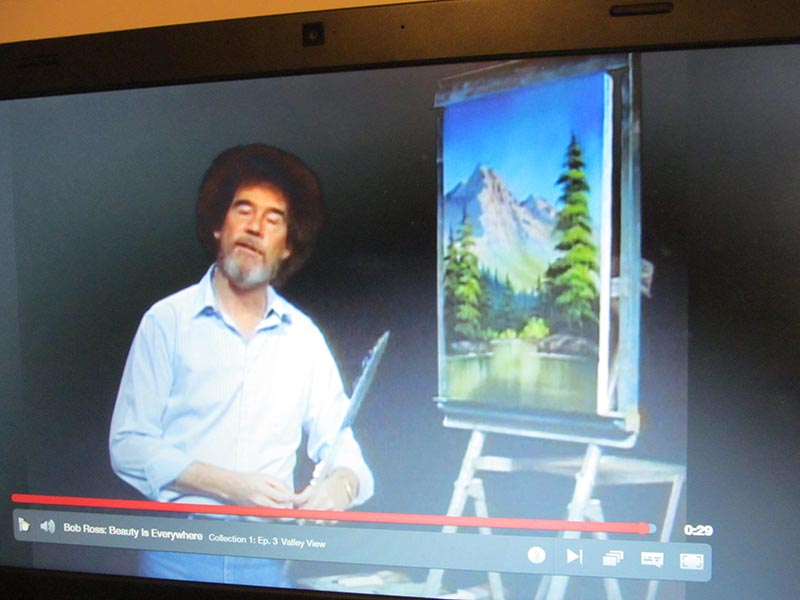 Oil painting would be another hobby I don’t have time for, but damned if I’m not interested now. This is far from over (he said, shaking his fist).

A couple scenes from my life over the past 24 hours:

The band played a discordant cacophony of Les Miserables while trapeze artists swung overhead and baton twirlers cavorted downstage. Disheveled men with armfuls of paper staggered around, shouting about work and schedules. Confetti and Roman candles completed the tableau.

Pointless to try to sleep. I gave up and got out of bed. Might as well check email for a while.

Here’s me this morning.