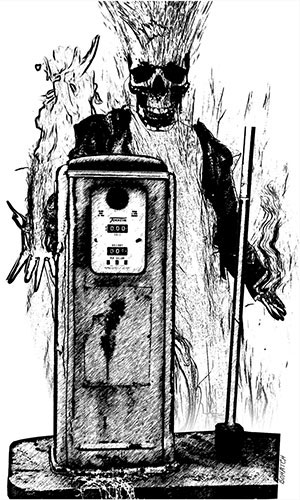 Die Not in Vain

His airliner crashes. He breaks his neck falling down stairs. His gas pump explodes.

Each accident feels real. He remembers dying. And yet, each time, Joe Merrill wakes up moments later — seemingly in a parallel reality where his death didn’t occur.

And then there’s that stuff in his mother’s attic suggesting they’re not the first. . . .

“Die Not in Vain has the best airplane description I have ever read. I hate flying and Warner managed to encapsulate the feeling of every nerve in my body during a flight. The rest of the story is equally gripping and disturbing.”
— Andreya, Amazon reviewer of the collection Dominoes in Time