Leonard Garment, former counsel to President Richard Nixon.  This picture of us was taken shortly after I became his assistant in 1998, a post I had until 2003.

My friend Leonard Garment’s funeral was today, and I’m sorry I couldn’t attend it. As the New York Times said in its long obituary, Len was “a Wall Street litigator who was a top adviser to President Richard M. Nixon at the height of the Watergate scandal and who went on to flourish as one of the capital’s most powerful and garrulous lawyers.”

I had to look up the word garrulous.  It means excessively talkative and rambling, and I’m not sure it’s fair.  Gregarious, sure.  Sometimes moody, yes.  Avuncular, absolutely.  And yes, he could sure talk.  But he always had a point.

I sent a long letter to his widow, detailing how he influenced me.  I said the period I worked for him was a rough time in my life, dealing with my parents’ divorce and a failed romantic relationship, so it was nice to hear the counsel of someone who’d been there and done that.  He was one of the wise old men of Washington, an adviser to presidents, a shaper of events, and people sought him out like the mythical yogi at the top of the mountain.  So when he called people on the phone rather than blew them out in email, I (sometimes) tried to follow his example.  When he not only networked with other people but networked other people together — such as when he introduced an old band mate to Richard Nixon and thus crowned a legendary chairman of the Federal Reserve — I, in later years, followed his example by introducing friends to other friends, an activity that benefited them as well as me.  When I had a messy, potentially litigious confrontation with a theater concerning its treatment of me, I again emulated Len by maintaining my composure — resisting the temptation to air my laundry publicly or to curse and insult people.  I may have done everything else wrong during that saga, I told her, but acting like Len was the one thing I did right.

Len was the last real role model for me who shaped the way I live my life just by setting a good example.  And he was the best one.  I’m going to miss him. 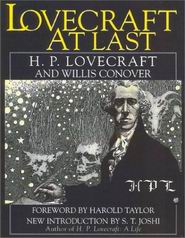 Len was a friend and executor for Willis Conover. I helped get Willis’s book back into print. 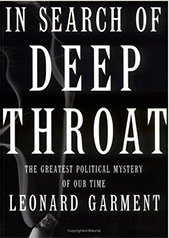 I had many interesting adventures helping Len to research his book about the legendary Watergate news source.

One thought on “Leonard Garment, My Last, Best Role Model”