“Kite” was my submission to the #SpringJam2022 competition at Horizon Worlds, which just had its deadline last night. There is some stiff competition this time around. The contest was to submit something, anything at all, under the theme of “spring.” Below are the video and essay components of my submission, which you can play at this link.

My inspiration was simple: nothing says springtime to me more than kite flying. So the core of this submission is the experience of flying a kite. The kite ascends as you back up toward the wind and lowers as you walk downwind. Controller buttons reel out and reel in the string. A segmented tail moves behind the kite.

The kite, its reel string, and segmented tail use local scripting. Everything else uses default scripting. Gizmos used include projectile launchers, popups, leaderboards, and text and sound objects.

Only one person at a time can fly the kite, but the world capacity can accommodate a party of 20 players who can take turns. “Kite” is appropriate for all ages.

My newest Horizon Worlds creation is a game where you can insert pegs into staves to make music. Here’s a video demonstration:

If you have a VR headset, check it out!

Samuel Coventry Has Somethin’ to Say on Rolling Rocks Radio 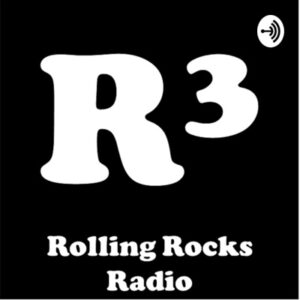 The main character of Mage Tech Duet has somethin’ to say to you.

This is belated news, but in December, Jay Haynes and I submitted a teleporter gun gaming asset to the Horizon Worlds Launchers Competition. Below is our submission video.

The gun received an honorable mention. If you have an Oculus Meta Quest headset and access to Horizon Worlds, you can play with the gun at this link.

Meta might release the winning entries as a shared asset library sometime in the future. If in the meantime you would like to use the gun in your creations, please contact me with your Horizon user name, and I’ll add you as a collaborator on a shared world containing the gun.

You have until April 8 to enter a Goodreads giveaway for a chance to own one of 20 free copies of MAGE TECH DUET. So enter today!

See the giveaway details
at Goodreads.

MAGE TECH DUET is now available as a Kindle eBook.

In this scifi/fantasy cross-genre novel, Samuel Coventry is an African-American, foul-mouthed assassin whose only joy comes from listening to Cool Jazz. He uses reverse-engineered alien technology, such as a bag of holding in his mouth and a black hole shotgun, to do his job. His targets are psychic mages—the telepaths and telekinetics who threaten his employer’s organized crime operation.

Everything’s gravy until he targets a recording artist named Eva. No problem, except he’s also supposed to kill her six-year-old son. Screw that.

Protecting them puts him at odds with his boss. He’s soon battling commandoes sent to clean up. Among other things, they’re armed with tactical time-travel devices that allow them to go back a few minutes and correct their mistakes.

As if the crap isn’t thick enough, Coventry is developing feelings for Eva. He better not let anyone die, least of all himself.

Purchase Link
You can download the Kindle eBook at this link.

Reviews
“Mage Tech Duet is a tasty genre stew of urban SF, horror, and hard-edge fantasy. Matthew Warner invites us into one of the more original and terrifying futures, following an anti-hero protagonist with unique tools, skills, and street-smart badass sass. We are glad (and a bit dizzy) to have come along for the ride, but we just hope the world Warner creates in Mage Tech Duet remains fiction…at least for a little while!”
— Keith Minnion, author of The Bone Worms and Dog Star

My 8th novel will soon be available as an Amazon Kindle eBook. Mage Tech Duet is a science fiction/fantasy cross-over about a Jazz-loving, African-American hit man who uses reverse-engineered alien technology to serve the supernatural underworld.

If you are an interested book reviewer, please contact me with your Amazon email address and the name of your publication, and I will arrange for a copy to be sent to you.

“Mage Tech Duet is a tasty genre stew of urban SF, horror, and hard-edge fantasy. Matthew Warner invites us into one of the more original and terrifying futures, following an anti-hero protagonist with unique tools, skills, and street-smart badass sass. We are glad (and a bit dizzy) to have come along for the ride, but we just hope the world Warner creates in Mage Tech Duet remains fiction…at least for a little while!”
— Keith Minnion, author of The Bone Worms and Dog Star

I made a long overdue demonstration video of JUHYO, the card game my family made during quarantine. Do you want to learn about “The Ultimate Battle of Snow Monsters”? Watch below!

I recently had the honor of being a guest instructor for the Vidyuu Tutorials channel on YouTube in my nom de plume Vulture667. I taught how to use some commands in Horizon Worlds to create a grappling hook VR gaming asset.